I liked it, a lot, I think more than Cinder, however for letting us hanging at the beginning in such a way, we wanted more of Kai and Cinder, and instead were greeted by a stranger, for that and for not grasping my attention as I know it should have been grasped, because of it, 4.5 of 5.

Now my thoughts on the whole thing, you will be surprised by how much I liked it.

As I was mentioning just now, the book, at first, did not have me but then I got over myself and said: ‘It is called Scarlet, it is a re-telling, what did you expect?’ And that was it for the moment; I thought that I would glimpse over Scarlet’s chapters *laughing at my own foolishness*. Should I say it? Yes, I was wrong. Once I got over the first two chapters I was completely and entirely hooked, I did not even want to know about a Cinder at one point, it was all about Scarlet, what she was doing, what Wolf was doing, did I trust him? Did I not trust him? I did not, and then I did and then I was: WOW!

It was a roller-coaster! And it was an awesome read.

About Wolf: I knew he was either a Lunar or a Cyborg, or had some sort modifications, because it was obvious, as for him, really being Lunar that was a bit of a surprise, then I again I saw something coming, something was definitely up.

+All the others that you either forget after a few chapters, or simply know that will come back eventually.

What it is coming next

The next one is Cress, which is, of course, on the Reading List, however I will not be reading it yet, I bought a copy and had it sent to my other home, so once I am there for Christmas, I will read QOAAD and then Cress, because once I see and have the final part of The Dark Artifices in my hands, I will be lost, and I will not get out of that book until I turn the last page, and probably clean my tears and most likely spend a couple of days thinking about it. It is going to be great. 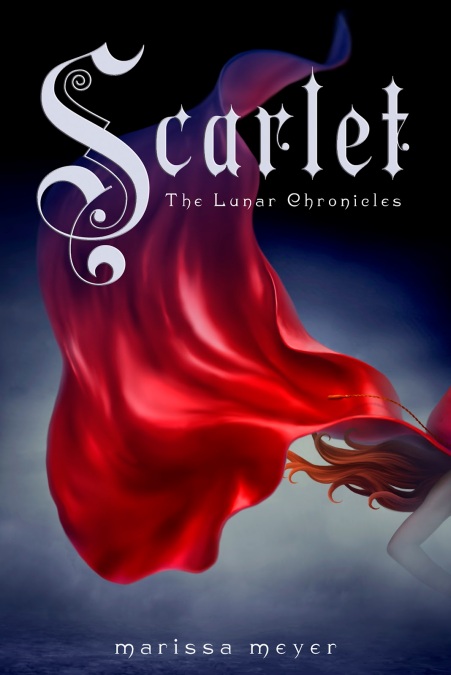 See? For the first time I kept it short and to the point, did I like it? Yes, do I want to read the next one? Totally. Do I recommend it? Of course!

Do you know The Lunar Chronicles? Have you read any of the books? Let me know, and if not I hope you found a new one to read, and still let me know. Thank you for sticking to the end, dearies. Happy Reading!

BTW: I Love the different Covers for Scarlet!