It doesn’t usually happen, but Marissa sometimes manages to shock me and made me scream and curse at the pages of books, and I had some of those moments with Cress. And the last page took me by surprise, I was so engrossed in it, that I turned and when I saw the Acwnologements page my jaw fell. I knew I would finish this book way too quickly 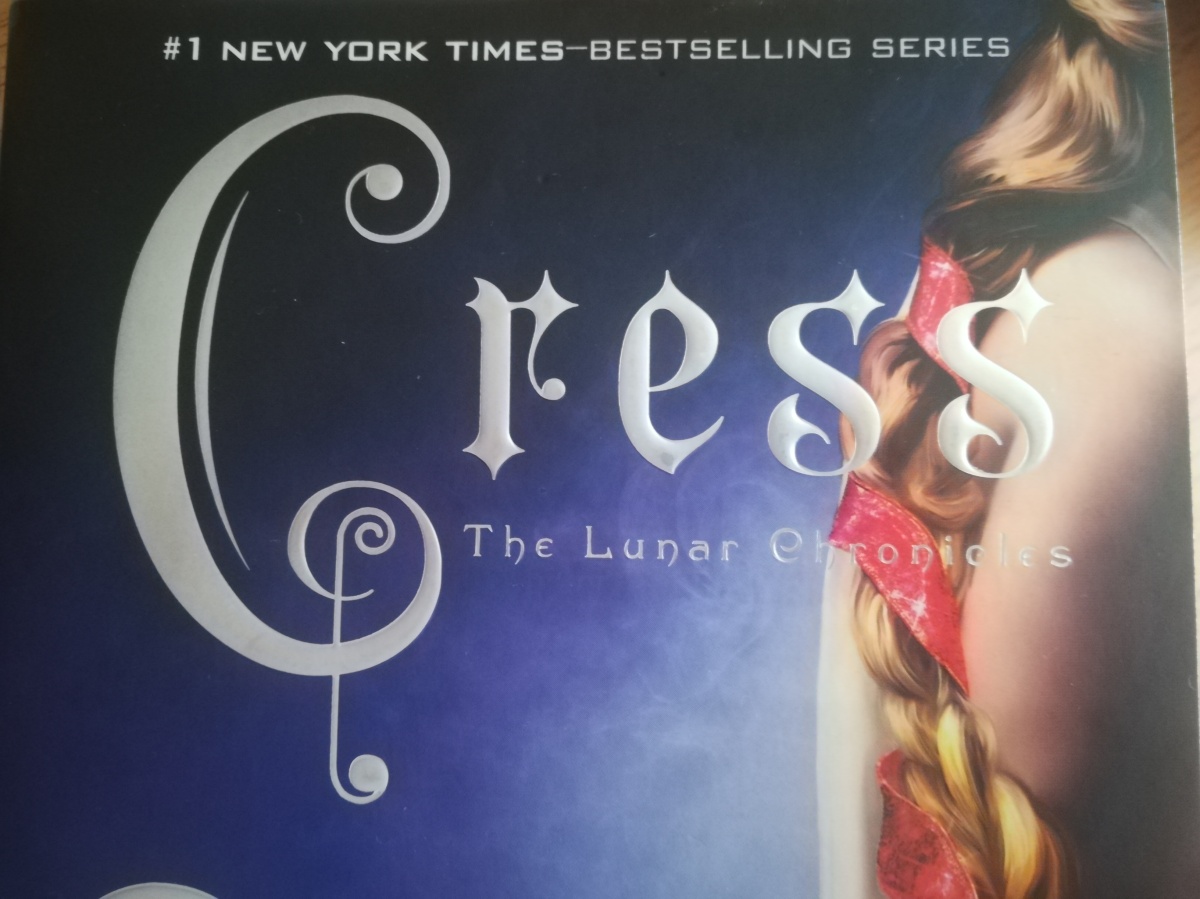 It doesn’t usually happen, but Marissa sometimes manages to shock me and made me scream and curse at the pages of books, and I had some of those moments with Cress. And the last page took me by surprise, I was so engrossed in it, that I turned and when I saw the Acwnologements page my jaw fell. I knew I would finish this book way too quickly, and I have a new order for Winter on its way, but that’s just for the collection, I’m starting it as an eBook as soon as possible, most likely tonight.

Let’s see if I can make some of the most crucial moments here, there were so many little things, but I could not stop and jot down this time, did I mention I was too engrossed in the book? Because wow.

Some spoilers might be right head, be wary if you haven’t read this third book of The Lunar Chronicles, yet.

When they decided to go look for Cress on her satellite, and she struck me as a little crazy, well, after seven years of being alone, one would also be a little off.

But when Thorne hit his head, I didn’t make much of it but when he woke up and couldn’t see? I remembered then that this was indeed supposed to be like Rapunzel, and the originals, the prince is blinded, so I mean, wow. I was gaping at the pages because I became fond of Captain Thorne, who you keep forgetting is much younger than they sometimes make you think, despite his charisma and all, well, for me I sometimes saw him much older then apparently his 20 little ones, but by the end of it, he grew on me even more.

Wolf and Scarlet is a tragic love story. I was aching the whole time for him after she was taken. And then the few times we saw her, it was rough. And I love Scarlet’s character, out of the three, Cress, Cinder and her, so far, I much prefer Scarlet.

I didn’t care much for Iko at first, but again, by the end of it, she’s cool.

Now, let’s get to the main event here, and every time that Kaito was on the scene, stars! I cannot help myself, I’m in love with this character, despite the fact that we see him the least, it’s what I want to read more and more about, I am actually going to re-read Cinder, I re-read Scarlet because I knew that I needed to make the jump from it to Cress, and it was so worth it, I loved Scarlet, even more, the second time, but Cinder was not on my priority list for a second read, now it is because I realised just how much I enjoy reading about Emperor Kaito.

As for Cinder, well, she’s Cinder, and there was not much excitement reading about her, I mean it was nice knowing what was happening, but at the same time it was like: yeah yeah, let’s get to the good part.

Cress sometimes got on my nerves, I mean, girl! ugh! But others she was alright.

I think I have rambled on, about the general gist and not, because I didn’t mention much of the book, other than that I love this character or that. So, for Cress, as a whole, the book was quite awesome, and I could read it again, perhaps omitting some scenes but as a whole, we got to see more of Luna, and we got to love Kai, even more, wait, that’s not the point of the book, the point was that there are a lot more Lunars on Earth than people realised and that we may have been introduced to the Huntsman from Snowwhite, but I will go back to that when I write the review for Winter. I found the scenes on the dessert a bit dreary but also interesting in their way. I would have gone on strength to Winter after this one, but I wanted to write this one down, while Cress is still fresh or I would have probably given a double review, and those tend to mix in my head.

I do hope, you stayed to the end here, and that you liked this one, I know it’s not my usual, like with the Origin series or the Shadowhunters books where I sometimes go chapter by chapter or page by page, but since I didn’t take notes, I thought this would be sufficient to say that I loved the book and you should read it, I don’t think it matters much if you read the first two but you should because they’re great too. Have you read any of the first three Lunar Chronicles books? Did you like them?

That’s it, I’m really done now, thank you for reading and enjoy your next book.

5 thoughts on “The Lunar Chronicles 3: Cress”