How a true “teenage” vampire should act…

A read these books I think a year or so after the Twilight Saga, I cannot recall actually, it was after Twilight, I know that much and boy! Did it open my eyes, of course so it had Interview with the Vampire by Anne Rice but that book is a different type of history and drama in a more adult and sometimes creepier way.

Now, this story about vampires is really something else, after the first two books you really begin to wonder if you will finish the whole thing, it happened to me but there was just something about it that kept me there, I continued reading and reading and then I was in the final books and could not believe how it started and where it had led, pretty interesting way of making the reader be immerse into the story. Alright, let’s begin.

The Vampire Diaries Series are one of my favourite books since I started to really appreciate reading.

Elena Gilbert is a powerful character (not like that TV Series they made which truly put the phrase Based On to good use, it should be more like loosely-barely-scarcely based on, that is all I have to say); back to Elena, she can be annoying I admit that but she unlike others, knows she is gorgeous and that she could have any man she wanted, beneath it all she has a kind heart (too kind sometimes). 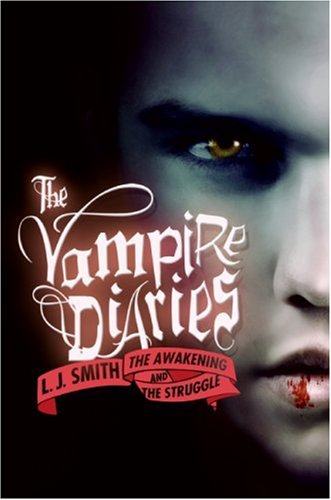 This is not going to be easy, I will try to make it short and to the point. Stefan Salvatore and Damon Salvatore, you may have seen them on a good position in my list of male characters and if you haven’t that’s alright, for the first time it is a shame that I don’t like to give spoilers, because I absolutely adore these two characters, each one in their different way.

Stefan is nice, green-eyed, a gentle soul, he is amazing, the things he would say… **sighing like a fan girl** I believe Lisa Smith did a fantastic job with those books.

Carrying on, Damon Salvatore, how should I put him? Which words should I use? I don’t know if this qualifies as spoiler but to be called “Princess of Darkness” is something that I would not mind, yes spoiler but I had to say it, I couldn’t help it and it is but a small thing. A word to describe Damon, right, Extravagant could be one, don’t go picturing colours and flashy cloths, no, I mean more like, Exuberant, Lively, Striking, I think I got carried away by my fascination on Damon but he is a great character, some or most probably will not like him, since he tends to be annoying sometimes but he is also hilarious and at the end of the day, you end up wanting to read more about Damon Salvatore.

A bit about the Story

About the book per se, the story is weird, book one and two take you on a path where all you say is: yes, of course, sure; then all of the sudden in book three and four you are flipped over and go adrift wondering what happened, I am not saying they are bad or have little coherency with the others but Smith can confuse you, so be wary if you haven’t read the books. There are other 3 final books, which are more inclined to Damon’s side, they are also great.

There were some issues after The Return which is the trilogy entailing mainly Damon and other characters, which I will not name, due to the fact that it would give a major spoiler. What I can say is that Smith writing can be thrilling, and introduces to many different characters in all books, you cannot hope but wonder what will happen next, what is the new twist that will make it all be “Wow” and make you say “This. Is. Awesome!”

Later came The Hunters wrote by a ghostwriter and then The Salvation both were Trilogies. I must confess I read up until The Return which are L.J. Smith works, after that I was not interested mostly because another writer will never know how the original author intended to finish a history, a friend of mine told me she started reading them but didn’t continue because they were odd and not completely what she expected; while writing this though I discovered that L.J. Smith released as Fan Fic on Amazon Kindle, books about the events after The Return: Midnight, that I will definitely read.

If you know nothing about these books, I leave you this. 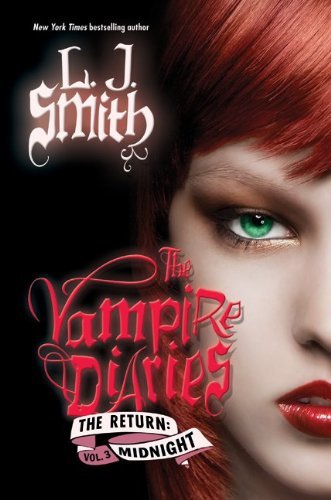 Little extra comparison with Twilight, it might have some spoilers in it, so don’t read if you do not wish to know the differences or characters descriptions.

Alright, I will stop now, it is not as if I did not like the Twilight books, they had interesting bits in the story. I just wanted to point out those facts. This is it, if you came this far then I truly appreciate it and if you want to leave me some comments on this one, or have any questions let me know.

3 thoughts on “The Vampire Diaries Series”