Twilight and Midnight Sun are pretty much the same but Ed and Bells have a way of getting on your nerves separately. Cool book. 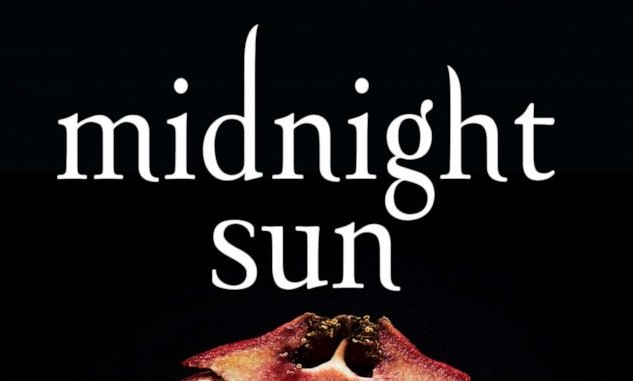 Get the book: Midnight Sun – Ebook or Hardcover

Let’s get this PoV started… I was so excited and I read with excitement up until some points at the end that had the capacity to slow my reading progress but at the same time I wanted to finish because I like the story as a whole, these books and movies were a big part of my life in the past and so I wanted to continue and see what Edward thought for sure, I didn’t expect him to be so mopey at times.

Now, what I thought as I read that final sentence. I usually write down many thoughts, notes, key points, and share with you guys, but I know Twilight so well and of course, Midnight Sun was only Edward’s side but it was still Twilight in essence, and I just read and didn’t take that many notes.

But after I was done with the book, this is what I thought.

4 because by the end Edward was starting to annoy me with his whining. And because it was great too, I like this story enough that I was glad I read it and also the long years of waiting for this side of the story were worth it.

I loved the details, some of the insights into their previous lives, I like reading background stories as much as the present and future ones.

I should probably have re-read Twilight before this one but I was confident that I remembered it all, not quite but close, I don’t recall if we knew that Edward wasn’t speaking to Rose by the end of the book, but I can see how that shaped into what happened in new moon, and later on when she profoundly apologised for giving the news to Edward without knowing all the facts.

I think it was a little on the nose to point out how Jake was already turning or whatever into a wolf, his senses sharpening. I mean it was cool but at the end of the book, it was a bit too “is already happening people.”

In any case, as we know now, Edward never stopped tried to leave, he was just biding his time from the hospital, he had us all tricked, and his sign was on Bella’s birthday in new moon, when he decided to leave, I got that much but his complaints got tiresome, I understand that he wanted her safe but he and Bells were just meant for each other with how much they complained about themselves and their insignificance in their own views and thoughts.

And that was it, this is really what I thought and I’m glad that I read this one, it was nice being back in Forks for a while. Now, we want all the others in Edward’s side, no? Just me? It could be cool. Or a side one for Alice maybe or for Rose and Em. Jasper too. They all have good stories. I’m done rambling now, but I have a question, have you read it? Did you like it? Yes, those were two questions, I know. 🙂

That’s it, truly. I hope you liked this one and if you did, let me know or share or maybe buy me a new eBook? All options are acceptable for me.

One thought on “Midnight Sun”

'I do not have to be only one thing'
'I could easily forgive his pride, if he had not mortified mine.'
"'It's not the most beautiful I've seen.' His voice was different now, deeper and thicker."
📖 ᴄʟᴏᴄᴋᴡᴏʀᴋ ᴀɴɢᴇʟ 📖
'𝑳𝒐𝒗𝒆, 𝒉𝒐𝒑𝒆, 𝒇𝒆𝒂𝒓, 𝒇𝒂𝒊𝒕𝒉. 𝑻𝒉𝒆𝒔𝒆 𝒎𝒂𝒌𝒆 𝒉𝒖𝒎𝒂𝒏𝒊𝒕𝒚;
𝙲𝚕𝚘𝚌𝚔𝚠𝚘𝚛𝚔 𝙰𝚗𝚐𝚎𝚕
Vol 2. Sakura Card Captor. Clear Card.
"There exists a world beyond your own."
Clear Card Sakura Vol. 1