Oh, wow. I know this is weird perhaps, but I wanted to dedicate a little more to each of these books, although I already have the Wizarding World page where I say just how great everything is. I decided now, to go book by book, quickly and point out once more that they’re great, though it might surprise us Potterheads that there are still people out there who have not read HP ever in their lives, so this is for you too.

“The ancient study of alchemy is concerned with making the Philosopher’s Stone, a legendary substance with astonishing powers. The Stone will transform any metal into pure gold. It also produces the Elixir of Life, which will make the drinker immortal.”
—A Hogwarts library book

The Start of a Journey

From chapter one and how this one starts you are immediately hooked, you get to know about magic and wizards even before Harry does, we see how McGonagall is watching the Dursleys and you don’t even know that while she’s there, somewhere in Godric Hallows people are mourning and a house is destroyed. I assume that you know about all of this from HP books and movies, so I didn’t even think about giving a heads up for spoilers, I felt it irrelevant, sorry.

Anyway, in The Philosopher’s Stone or The Sorcerer’s Stone as the movie in the US was decided to be named, and they even changed the script for it, in case you didn’t know, that did happen. In this book, we begin our journey with Harry, from receiving our letter to Hogwarts to going to Diagon Alley for the first time to going to King’s Cross and getting through platforms 9 and 10 to our beloved 9¾, and so the journey begins and we wish to be in a world of magic. 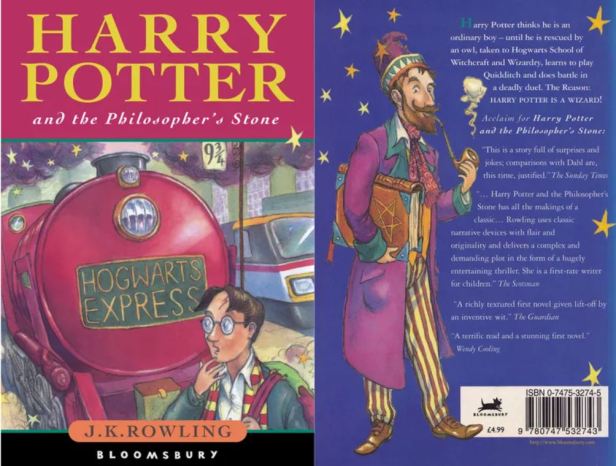 Discovering Hogwarts, getting selected into our Houses, I’m Slytherin, in case you were wondering. To making friends with Ron and Hermione, and the formation of the hatred towards all things Slytherin, which was then downplayed as the years passed and the books evolved, I suppose, it could be seen as growing up and forming your own opinion, that people can be awesome, no matter what House they were in. Me, for example, expend some time trying to be Gryffindor and after years, accepted I was Slytherin because the tests always ended up telling me that, and how can I discuss with the official statement from the site (WizardingWorld) of JK, right?

But in any case, as we discovered that the stairs move in Hogwarts, that there is a three-headed dog in some forbidden corridor of the Castle or that the Forbidden Forest is filled with fantastic beasts and Centaurs, we also discovered that this was going to be one of our favourite places in the world, filled with magic and wonderous things.

By the end of the book, of course, we didn’t want to leave like Harry, while everyone had someplace else to be, like their magical homes, we were to return to our normal muggle lives and so we were ruined, and we had to read the next book. It was a great way of making want to continue the journey, a year at Hogwarts and then back to the muggles, come on! We want to stay and I don’t hang out with Hagrid if we must, but in any case, by the end of The Philosopher’s Stone we were hooked and there is nothing but to continue forward and become the fans that we are today. 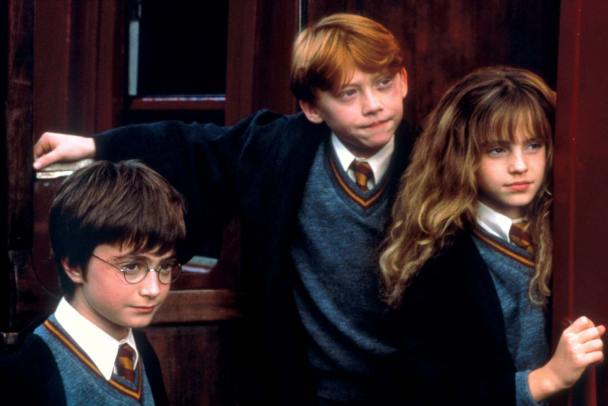 Confession, the first book I read from the Harry Potter saga was actually The Prisoner of Azkaban, I know, the shock! But this doesn’t mean that what I just shared with you here is a feeble attempt, this is actually how The Philosopher’s Stone would reel you into the Wizarding World, I did read the book after I was hooked and before ending the saga so I meant what I said.

Thank you, readers, for sticking to the end and I hope you enjoyed this little trip down memory lane and do keep in touch for more, if you are interested, and comment if you liked it or share if you are feeling charitable and you can find me on IG, Pinterest and Twitter, oh and Facebook too, though I am not that active there.

Have a nice day or night, and happy reading!

1 thought on “HP and the Philosopher’s Stone”

“In a dark place we find ourselves and a little more knowledge lights our way.”
“For My Ally Is The Force, And A Powerful Ally It Is.”
"You'll find I'm full of surprises."
One of my absolute favourites, I cannot get tired of Luc, and The Burning Shadow is pure awesomeness like him.
"Lyra didn't climb out of her bedroom window these days..."
"The young princess was as beautiful as daylight. She was more beautiful even than the queen herself."
I love time travel stories. No matter if they are laced with romance, historical, or just a little fantasy. If it has it, I'll probably love it. 💕📖
I love this copy of Pride and Prejudice, it's sturdy yet cute. 😄
Hello, dearies.