‘At least a pretty flapper vampire talking nonsense was better than a slobbering drunk werewolf. Magnus nodded as if listening and mentally counted the bottles of brandy and rum in the storage shelves below the bar.’ 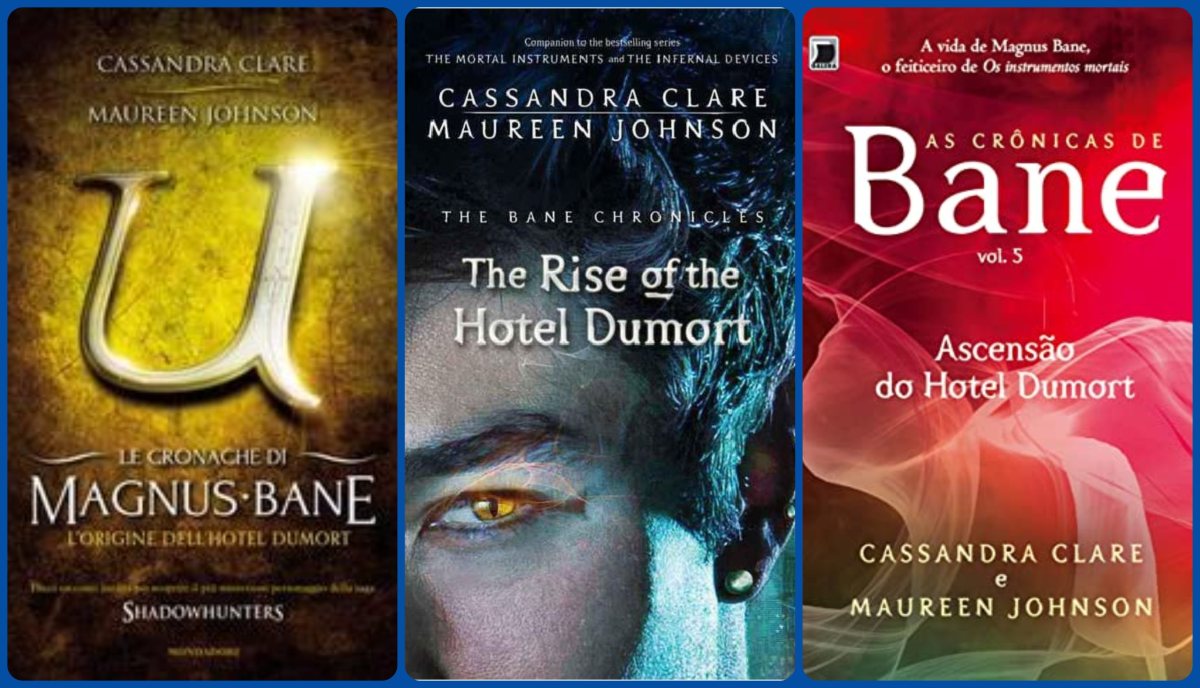 With this one, The Rise of the Hotel Dumort, we jumped ahead in time to 1929, and not only that but New York, meaning the place where The Mortal Instruments will be lively, in the future; but we are still years away from that, and we experience the Hotel Dumort and what happened to it and their vampires. 🧛

This is a tale we wanted to know about from the TMI series, where we read about the Hotel and the past, and Magnus, so we go there and check out the events. I know I’m not saying that much, but this story is worth reading for the first time with an unbias look, so I’ll leave it to Magnus to tell you the story.

The New York Downworld was one of the most ridiculous places he had ever been, which was partly the reason he now spent his time serving illegal alcohol to mundanes. And still, he couldn’t avoid this nonsense. People came to bars to talk, and so did Downworlders. The werewolves were paranoid. The vampires were gossips. Everyone had a story. Something was always about to happen, something big. It was just part of the mood of the time.

The mundanes were making absurd amounts of money on Wall Street and spending it on fripperies and moving pictures and booze. These were things Magnus could respect. But the Downworld dealt in half-baked omens and pointless rivalries. Clans were fighting one another for control of small, inconsequential patches of ground.

And so it goes on, and we go into the Downworld scene.

That’s all I’m saying for now, but did you read The Bane Chronicles? The Rise of the Hotel Dumort is book 5, and it seems that with each story in this series of short ones, we go a little further into the future and what we know of the Shadow World.

Don’t forget to check out the other entries on these stories. Next one is book 6, the one about Raphael, the vampire.

I know, I know, this was really short, but today it felt this way. Also, don’t miss out on my next one about the book deals on Smashwords. I’ll be updating on that one soon. 📚

Thank you for reading, dearies! And I hope your Sunday goes well, and next week brings great things. Oh, I have updated my BuyMeaCoffee in case you want to support me some more over there. ❤️☕

Kuroko's Basketball
I thought about this one and decided to keep convincing you guys to read Horimiya. 😄💜
One of the best moments in Sekaiichi.
Didn’t Finish, Did Finish Book Challenge
Most Tempting Books on my Shelf Challenge 📖👀
5 Fingers Book Challenge 👋