I should probably wait a bit to write this one, but I am going to do it anyway.
I have only watched 2 and a half episodes of the new but I believe it is enough for the moment. And I have watched Charmed (Original) about 100 times since my teenage days, so, you get where this is going.

I love Charmed, is one of my favourite shows of all times , no matter what people say or think, I can watch it on repeat many times, and cry as if it were the first time on some emotional moments, watching Piper asking Leo to come back when he becomes an elder, Piper crying over Phoebe in the last season, and in some other very emotional moments. And of course laugh like crazy with their jokes even if I know what they’re going to say or how their going to act. 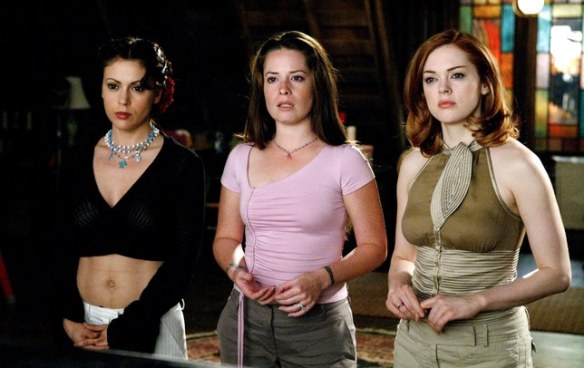 Naturally when I saw a reboot in the making I was shocked and scared, and then I saw the names would change, and how they would meet (Macy? Being the eldest and “abandoned” when she was a child, resembles Paige past, but she is the oldest like Prue) well, I was a bit disappointed to say the least… and then I watched and my expectations were not overlapped, it was a mix of tech with magic, and a little too much emphasis on it. Attracting the youngest audiences? 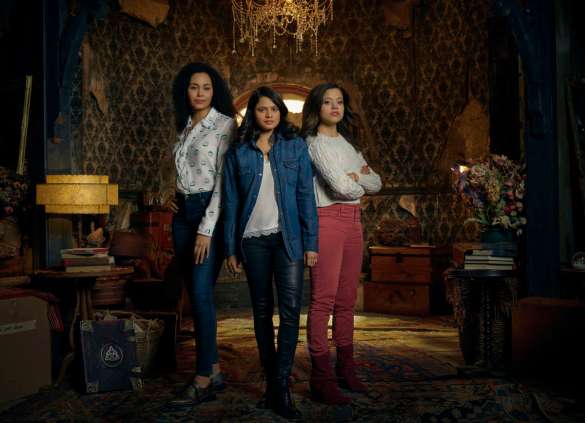 I think it hasn’t been canceled, yet. After episode 2, I said to myself, stop looking for resembles and things that should be, they are doing what they want and that’s it. So I stopped and now if I continue to watch I will try not think about their British white-lighter, who is very much like Simon, the guy who came to propose to Paige when she was with Henry. Am I the only one seeing those details? I don’t think I am.

Their mother was the one to die at the beginning of the story and not the grandmother, but that is, you know life, they felt it was the thing to do. And this became about me complaining and not much of anything else, but I cannot help it when they take good characters and turn them into a complete mess.

The last I saw of Maggie she was meeting a new guy, that looks like it would be like Cole, you know Cole? Phoebe’s eternal forbidden love? That’s the one, I got that impression from the guy and I would not be surprised if that was the case, if the reboot is to have some sort of resemblance to the original, it should be.

Have you guys watched the new show? Did you watch the original? Magic, witches, romance, drama, it had it all for its time and it had good scripts and directing, not like the TV Shows these days (at the risk of sounding like I am 100 years old); like The Vampire Diaries, I could not even finish watching it, although that was more because it held little to nothing in common with the books, other than the names of the characters. No more on that subject, let us wrap it up. Would I recommend the new Charmed? It has some interesting points, you can watch it if you will not be hung up on the original as I am.

I am done for the moment. Do not forget to let me know what you thought of the new show or the old one, and if you are ever in my Pinterest, you will find some pins about Charmed there.

Thank you for stopping by and happy reading.

One thought on “Charmed: New Vs Old”

I don't think I've conveyed well how much I like this story. So another one on #horimiyamanga because...
It's Halloween, dearies! Favourite time of the year! 🎃👻
Takano x Onodera
And because this made me dive back into the Shadow World. No matter whether you read in order or as a stand-alone, still makes you smile and fall for them all over again, or for the first time. 📖😍❤️
Another one in the special #shadowhunters➰ love tour, not a book but a Shadowhunter as important as if he were a book, and one of my favourite characters.
I'm impressed, my Manga collection keeps growing. I cannot help it. 😍🙋‍♀️